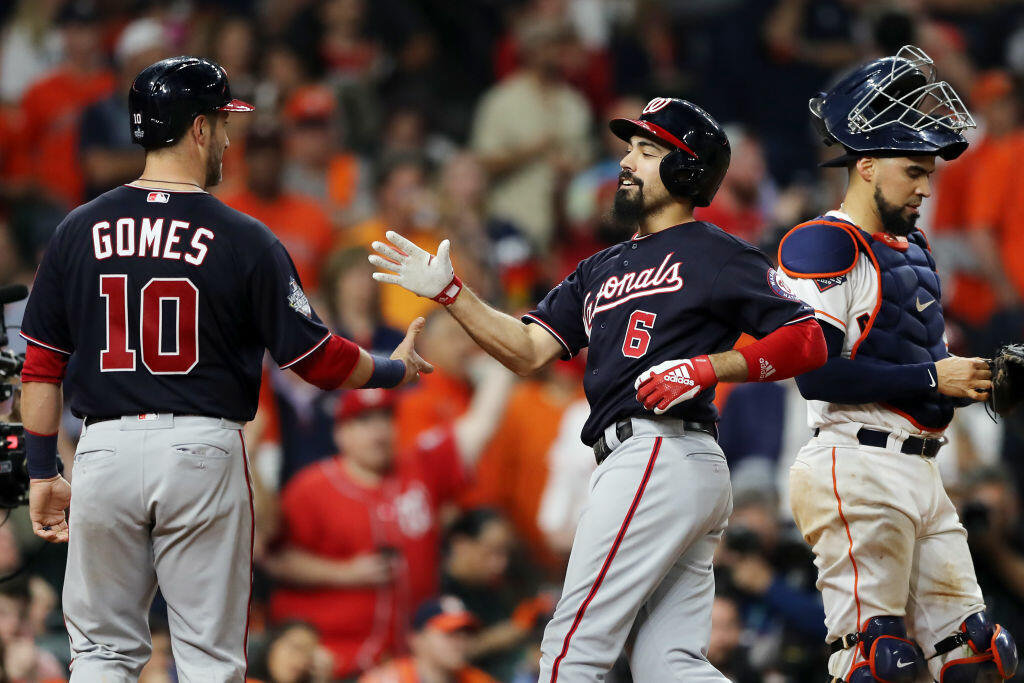 Photo: Anthony Rendon #6 of the Washington Nationals is congratulated by his teammate Yan Gomes #10 after hitting a two-run home run against the Houston Astros during the seventh inning in Game Six of the 2019 World Series at Minute Maid Park in Houston. (Getty Images)

There will be a World Series Game Seven. The Nationals beat the Astros 7-2 in Game Six in Houston, evening the best-of-seven matchup at three. Anthony Rendon went 3-for-4 with a home run and five RBI for Washington. Rendon's two-run homer broke open a 3-2 game in the seventh. It came after Trea Turner was called out for running inside the first baseline when he was hit in the back with a throw. Manager Dave Martinez was ejected for arguing. Adam Eaton and Juan Soto hit solo homers in the fifth to erase a 2-1 deficit for the Nats. Rendon added a two-run double in the ninth. Stephen Strasburg got the win, while Justin Verlander fell to 0-and-6 all-time in the World Series. Alex Bregman homered in the first for Houston, which hosts Game Seven on Wednesday. 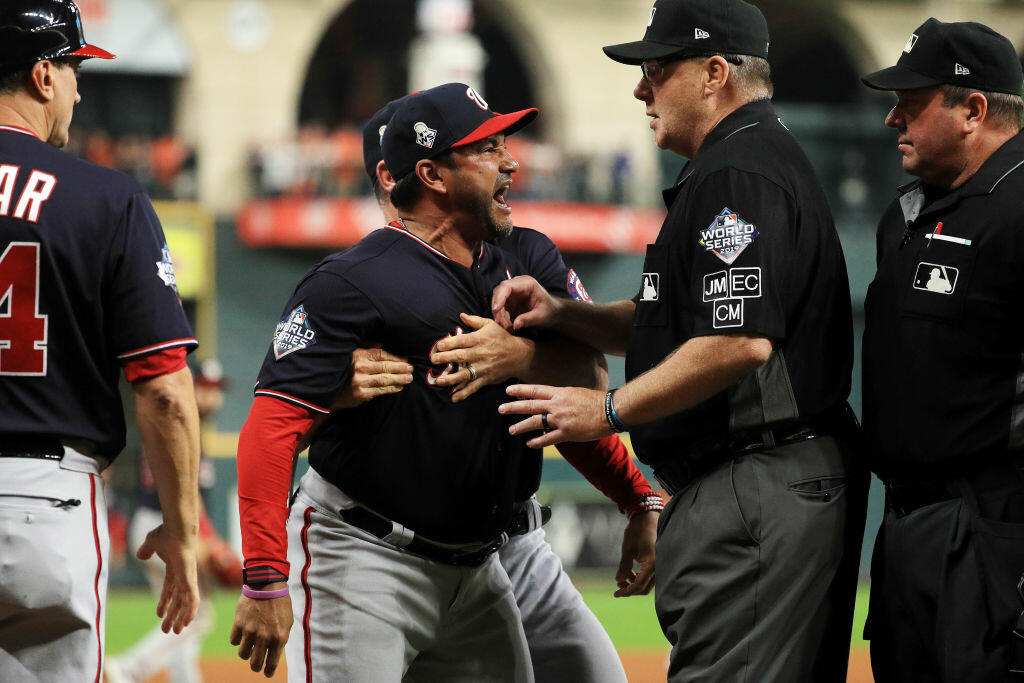 Photo: Dave Martinez #4 of the Washington Nationals argues as he is ejected by the umpire and is held back by Bob Henley #14 against the Houston Astros after the top of the seventh inning in Game Six of the 2019 World Series at Minute Maid Park in Houston. (Getty Images)