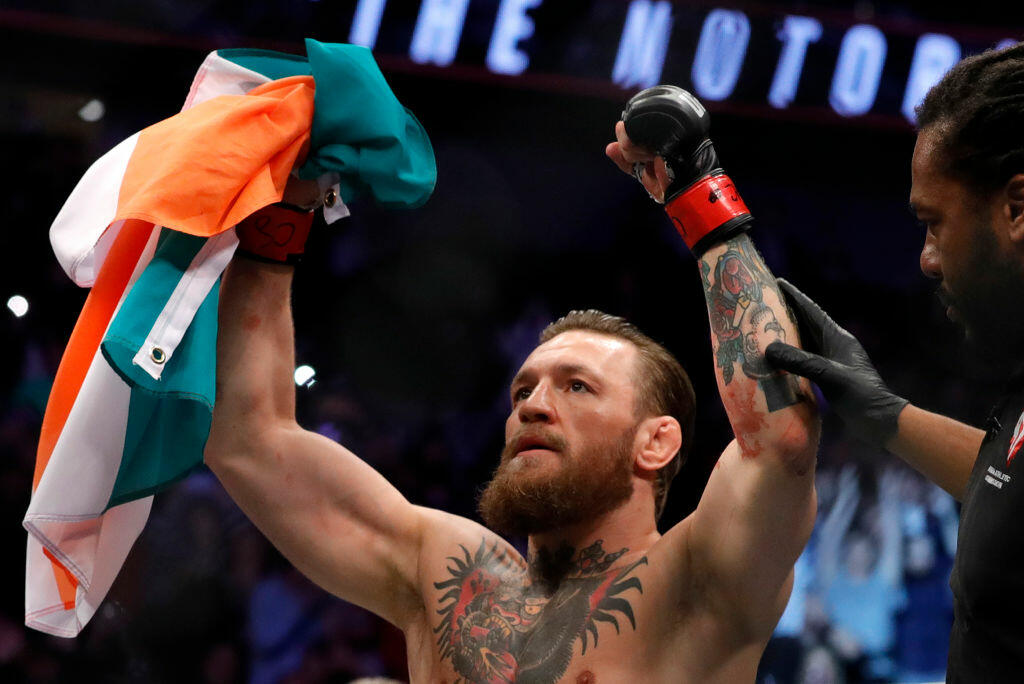 Former UFC champ Conor McGregor was back in the Octagon last night and defeated Donald "Cowboy" Cerrone in less than a minute. Last night's UFC fight in Las Vegas was McGregor's first victory since 2016. The former two-division champ landed a head kick early in the first round and then began raining blows on Cerrone, prompting the referee to stop the fight just after 40 seconds. McGregor's fighting career has been on hold since he got in a brawl after losing his lightweight title in 2017. Last year, the 31-year-old Irishman was convicted of assault for punching a man who had refused a shot of whiskey from him in a Dublin bar. 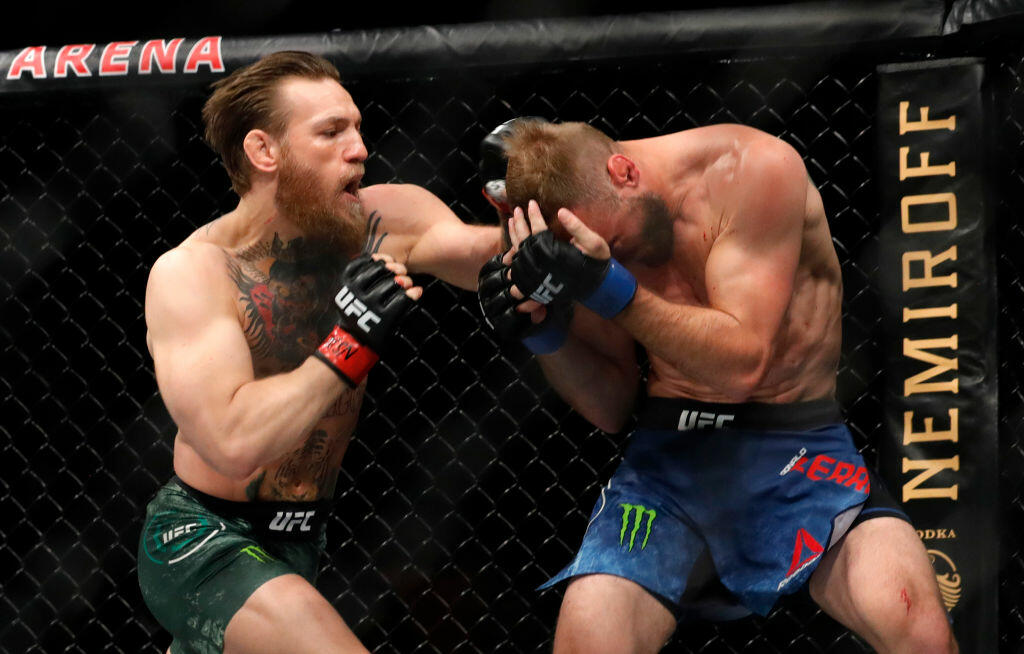