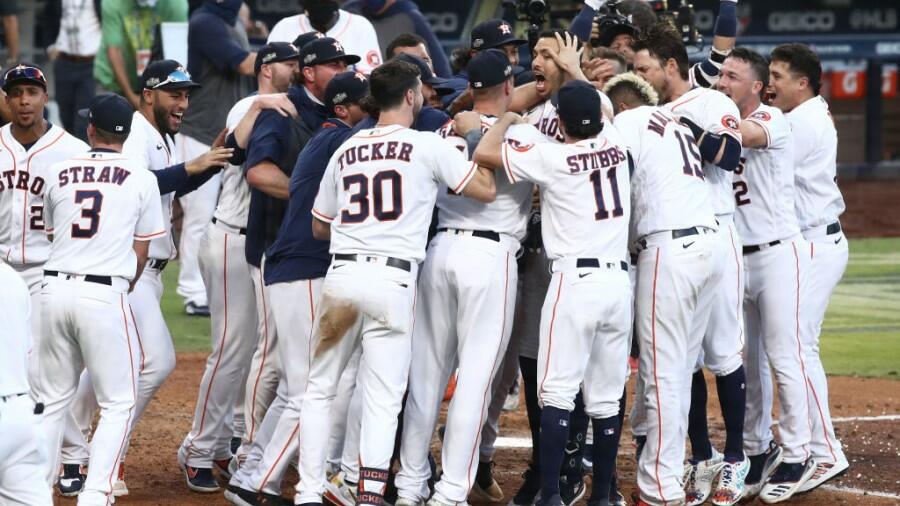 Carlos Correa hit a walk-off home run in the bottom of the ninth inning as the Astros again avoided elimination by topping the Rays 4-3 in Game Five of the AL Championship Series in San Diego. George Springer led off the game with a home run for Houston. Ryan Pressly picked up the win in relief for the Astros, who now trail 3-2 in the series after being down 0-3. Brandon Lowe, Randy Arozarena and Ji-Man Choi all homered for Tampa Bay. Nick Anderson took the loss for the Rays. Game Six of the best-of-seven series is Friday.