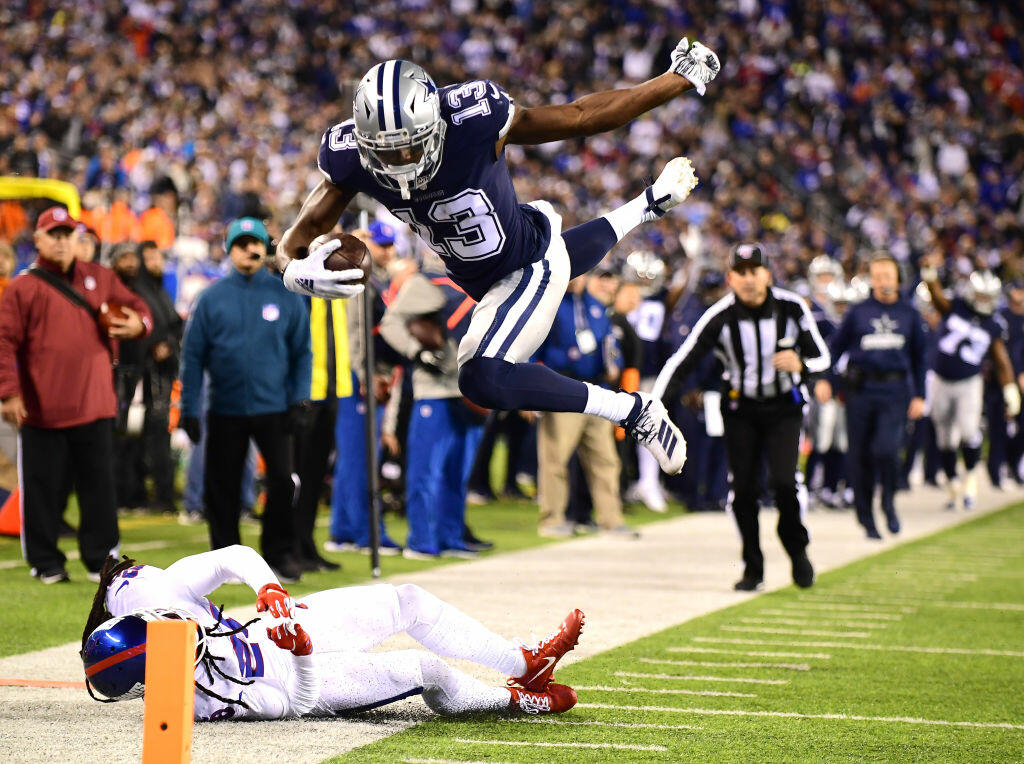 The Dallas Cowboys used a 21-point fourth quarter to pull away for a 37-18 win over the Giants on Monday Night Football at MetLife Stadium. Dak Prescott overcame an early interception to throw for 257 yards and three touchdowns as Dallas improved to 5-and-3. Ezekiel Elliott had 139 yards on the ground on 23 carries. Daniel Jones threw for 210 yards, a touchdown and an interception for New York. He was also sacked five times and lost two fumbles as the Giants lost their fifth straight to fall to 2-and-7. Saquon Barkley had a 65-yard catch, but just 28 yards rushing on 14 carries. 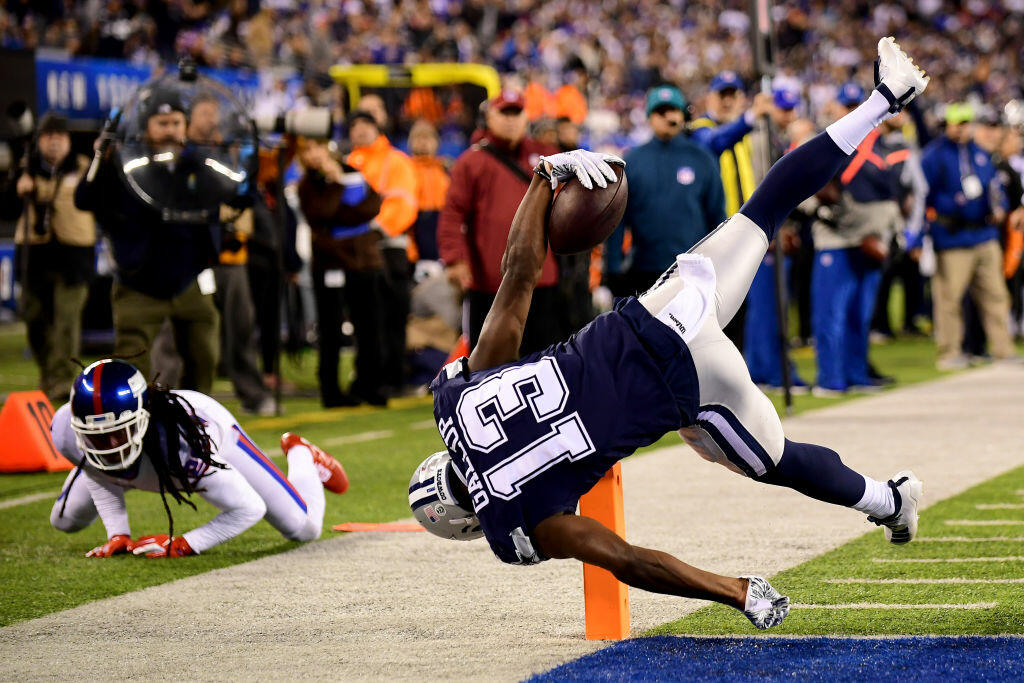 Photos: Michael Gallup #13 of the Dallas Cowboys jumps over Janoris Jenkins #20 of the New York Giants for a touchdown in the fourth quarter of their game at MetLife Stadium. (Getty Images)